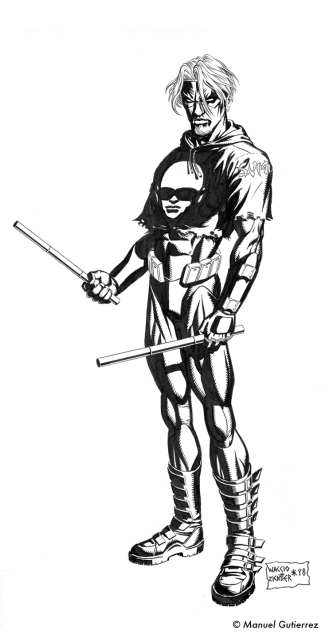 El Ojo Blindado (The Armored Eye) was my first opportunity to create a comic book in its entirety, from the original idea to the final inked pages. I used to draw the character recurrently as a teenager, and his name was taken from a song by the Argentinian rock band Sumo.  It was published by Comic Press during the years 1997 and 1998.  The story was about a young vigilante hero operating in the corrupt city of Buenos Aires, with flashbacks of his origin years before, and It was influenced by my readings of Frank Miller´s Daredevil and Alan Moore´s Watchmen.  For the structure of the script and some dialogues, I counted with the help of the experienced writers Nestor Barron and Gustavo Schimpp. Editorial problems caused the cancellation after number 3, leaving the story unfinished. The work shown in these pages gave me the chance to publish outside the country and also start working as a storyboard artist. Below, some selected pages and images. 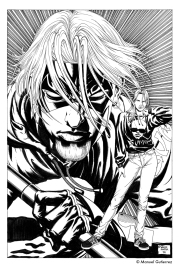 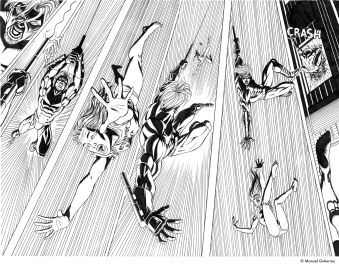 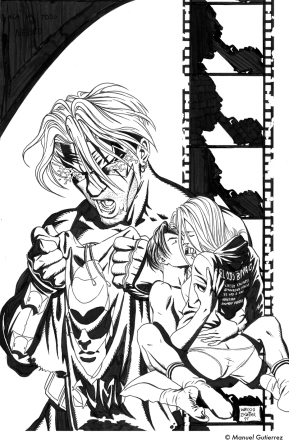 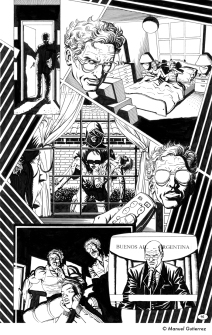 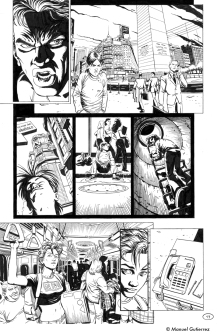 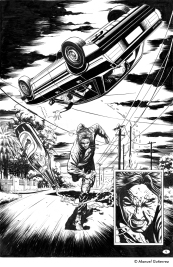 All images and logos are Copyright© or Trade Marks™ of their respective owners.